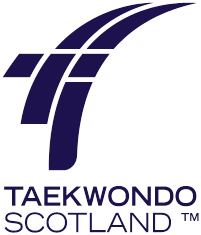 taekwondoscotland® "In Pursuit Of Excellence"

Through British Taekwondo
we are recognised by the World Taekwondo Federation as the
Governing Body for Taekwondo in Scotland.

This site aims to give you information about our clubs,
to inform you of our objectives in relation to
Taekwondo Poomsae (Patterns) & Kyorugi (Sport)
and to keep you updated with the latest news & upcoming events.